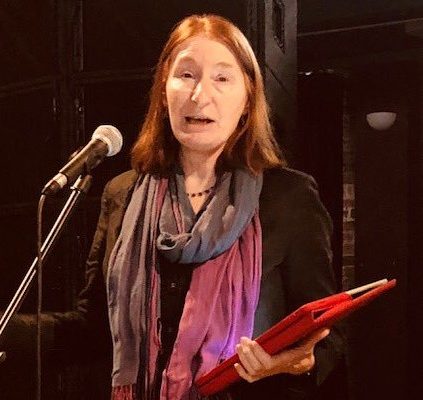 This is a talk given by Public Matter’s Deborah Harrington at an NHS event held jointly by NEON (New Economics Organisers Network) and Health Campaigns Together for The World Transformed in October 2018 in Liverpool.

The brief was to speak for no more than 7 minutes and ‘not to dwell on the history’ but on how to move forward.

The talk began with a quote from the novelist Milan Kundera:

“We allow our futures and our present to be reshaped by others against our interest if we forget what’s important in our own collective history.

Every NHS campaign meeting contains powerful stories from campaigners – on resisting service closures and cuts, fighting for pay and conditions and more. But I would like to make my first point about what we can learn about building a movement from right at the start of the life of the NHS. From Bevan, in fact. I think this has great relevance to what we are talking about today.

In the first half of the 20th century (don’t worry, it’s not a history lesson) the country as a whole suffered from two world wars, an appalling flu epidemic that wiped out whole communities and the Great Depression. The people didn’t need to be lectured about the Big Society to realise they were all in it together (well, almost all).

The fight was between different political factions at government level about what services were to be delivered and how to deliver them.

The arguments were fierce, but Bevan won the day (with a few compromises along the way). But it only lasted 3 years before the principles upon which the NHS was founded were under attack.

If you have never read Chapter 5 of Bevan’s set of essays written in 1952, In Place of Fear, you should. Essential reading for two very important reasons: first he counters the arguments put up against his NHS and secondly he makes his case for his vision of the NHS stand out powerfully against the opposition. If you haven’t read it, you may well be shocked to see him facing all the same arguments we face today: the necessity of having out of pocket payments, the cost of immigrants, the unaffordable burden of the old and the excessive demands made on the system ‘because it is free’. I want to stress from this is that there was general support amongst politicians and public alike that the issue was not over whether there would be a National Health Service, but what form it would take. And Bevan held out for his vision – a socialist enterprise in a very rich capitalist society.

So we move on to the second point – which is defining what a vision of a public service NHS should look like today and what are the threats facing it. I would argue that cuts and closures are the symptoms of the threat, not the threat itself. The threat is from a globalised free market vision of public services as divisible into those which can provide a profit stream and those that can’t.

But the questions which are thrown out at the public – it’s the old/it’s the immigrants/it’s too much demand/it’s unaffordable – are the way in which the corporate sector frame the situation to cast doubt on the future existence of the NHS in its current form.

And that’s where the catch lies – because the corporate sector which is the engine of this change does have a vision of what the future form should be (effectively to turn it into a UK version of Medicare) and they are doing a hard sell on it. And their sales pitch is seductive.

In it they say that in order to have high quality services we must bring them together, in fewer locations. Surplus land can be sold to help pay for the transformation and the new buildings to house new services can be rented from the private sector ‘bringing investment’ into the NHS. They say the new services will utilise new technology to fit modern lifestyles, that personal health vouchers for those with long term or complex conditions will empower them with choice, that the service will be personalised, focused on you, the patient.

They say it’s the quality of care and the joined up nature of the care that matters, not whether the provider is public or private. So the second take home message is to understand the opposition’s arguments, learn how to demolish those arguments quickly and efficiently and to move on to promoting our shared vision. Because our struggle today is not for any old NHS but for a universal, comprehensive, equitable, public service NHS. Because ‘free at the point of need’ only matters if the service you are getting is worth having. And because every word of their seductive sales pitch is designed to hide the destruction of the NHS’ values of universal and comprehensive care and its ethos of public service, not corporate profit.

And so to my third and final point. Across the country we have individual campaign groups who are extraordinarily knowledgeable about their CCGs, STPs, and all the NHS in England acronym soup. We have umbrella groups which link them together which allows lessons learned in one place to be shared with others. But we also have a wide variation in the individual groups. At the grassroots level look at any group on social media and you will see pro-NHS campaigners arguing from a racist and xenophobic perspective that ‘our’ NHS can’t cope with the demand from ‘non-contributors’. Time and again someone will say that ‘the NHS is what they pay their National Insurance for’ (spoiler alert: it doesn’t). And others (whether well meaning and mis-guided, or simply trolls) saying that the NHS needs to change if it is to continue at all.

At the political and opinion forming level (think tanks, politicians, main stream media) there appears to be a consensus that the Health & Social Care Act (2012)  ‘failed’ and that, whilst parliamentary time is so bound up in other matters, it is good that Simon Stevens is working around that legislation to put the NHS in England back together again. My colleague Jessica and I had a meeting with an MP from the North West who said that this view pervades all political parties and indeed it is reflected everywhere from the cross party Health Select Committee to the recent publication from the Labour Party ‘A Picture of Health’.

But we need to remember what is at the heart of our campaign and keep our message simple and strong. And for that I will quote Jessica’s grandfather, the late Julian Tudor-Hart, who wrote in his essay ‘The Inverse Care Law’ in 1971 ‘the availability of good medical care tends to vary inversely with the need for it in the population served. This inverse care law operates more completely where medical care is exposed to market forces, and less so where such exposure is reduced.’

Because I would argue that the 2012 Act has not failed.

It has done its intended job of ripping the NHS into fragments so that its pieces can be reassembled like jigsaw pieces. It absolutely leaves the NHS exposed to market forces and they are being embedded at every level from decision and policy making to running services. The evidence from across the world proves the Inverse Care Law right. So my last take home message would be to remember that this is a struggle that goes further than England’s boundaries. And it also goes across time.

There is a short term and very urgent battle to be won but it is in a broader and ongoing battle of ideals and ideology that isn’t going away any time soon.”

On the platform with Deborah was Bonnie Castillo, Executive Director of the National Nurses United Union in the USA. The NNU is part of the fight for universal healthcare in the USA. Bonnie explained how important the NHS is as a beacon of hope for them, “Your fight to defend the NHS is our fight’ she said.

From this Saturday there is to be a week of cross-Atlantic campaigning as described here in the Guardian. They want Britons to join in with the NNU’s National Medicare for All week of action, running from 9-13 February. NNU is the largest union representing bedside nurses in the US. 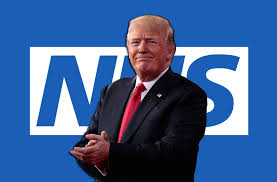 View all posts by Jessica Ormerod →